I’ve been back from my fellowship trip for almost one month now. I haven’t had a chance to post anything here because it took me a while to recover from my very busy time in Europe! While not blogging in this time I have been enjoying writing my trip summary and report.

While I was overseas I came across a quote from Paul Ehrlich1 who said:
“To succeed in research you need four G’s: Gluck, Geduld, Geschick und Geld” – luck, patience, skill and money.

If I look at my scientific career, I’ve had a fair amount of luck, I’m learning to be more patient and I am extremely thankful to the Churchill Trust for the Fellowship which provided me with the money to both develop my own skills but to also be able to draw on the skills of others.

1 Paul Ehrlich (1854-1915) was a German scientist who won the Nobel Prize in Physiology or Medicine in 1908 for his work on immunity.
Posted by Trevor Rapson at 6:58 PM No comments:

The chemistry of autumn 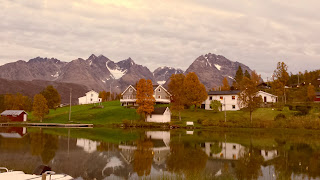 In autumn the leaves of many trees changes from green to yellow or red. This is due to the fact that they stop making chlorophyll (the green pigment in leaves).

Chlorophyll is actually closely related to the macrocyclic compounds I have been working on in my Churchill Fellowship – hemes and corroles.  These macrocycles don’t only give rise to lots of beautiful colours, but they carry out the chemistry essential for life.

Through learning more about the chemistry hemes and chlorophylls, hopefully I will be able to improve on the design of our nitric oxide breath sensor.

Posted by Trevor Rapson at 3:44 AM No comments:


I arrived in Tromsø on the 12th of September from London. The weather in the UK had been beautiful – sunny days with temperatures around 25-30C. In stark contrast, Tromsø was very wet, overcast and 10C. To add to that, Tromsø is a very small city with a population of only around 70 000 people. I really was in a state of culture shock and wondering why on earth I had ever wanted to come here.

The reason I had come to Tromsø was Prof Abhik Ghosh, a chemist who has spent most of his academic career working on a unique family of compounds called “corroles.” Corroles are related haems from haemoglobin. While corroles and haem they have a similar structure, their chemistry is remarkable different. In particular corroles are able to stabilise highly reactive forms of metal ions.
Prof Ghosh’s research group primarily spends their time synthesising different types of metal-corroles and studying the differences between. One of his main interests in how diatomic gases such as oxygen (O2), carbon monoxide (CO) and nitric oxide (NO) bind to these stabilised, reactive metal centres. 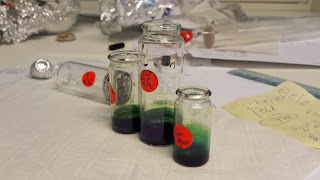 The first day was spent rummaging through all their draws and pulling out all their stocks from years of synthesis. It was great fun finding unusual compounds containing metals such as gold, rhenium and osmium. Our next task was to decide which of the compounds to test. We had to consider two different aspects – whether the compound would be likely to bind to our silk films and whether the compound will be good as at reacting with nitric oxide in a sensor. While it is nice to try and come up with theoretical arguments for which would be the best, things often do not work the way you expect them to and often the “suck and see” approach works best.  We ended up with 18 different compounds that we tested and left the silk films soaking in them overnight.

The next morning I eagerly raced to the lab to see how my silk films were doing. To my delight, some of them had “stained” beautifully. Some of them were a real mess – but that is too be expected when you are trying to do weird things like put compounds that you normally work with in organic solvents like chloroform into proteins!

Our success at getting some corroles to bind to silk proteins meant that we could move to the next stage and begin testing them for the suitability as a nitric oxide sensor. While there was some preliminary testing that I could do in Tromsø, the real testing will need to be done back in Canberra.
At the end of my week in Tromsø I was delighted to have 4 compounds to take back with me to Australia to test in our setup. Who knows – one of these could the answer to making a life changing device for asthmatics.

An added bonus was that as the week wore on, the weather significantly improved showing the amazing beauty of this area. I'm very glad I made it all the way to the world's most northern university.

Posted by Trevor Rapson at 5:06 AM No comments:

Lab with a view

This is one of the best views I've seen out the window of a lab. In a few months the mountains will be covered in snow - that must be quite a sight. 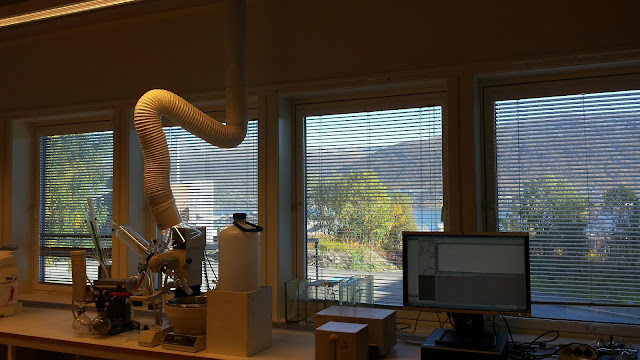 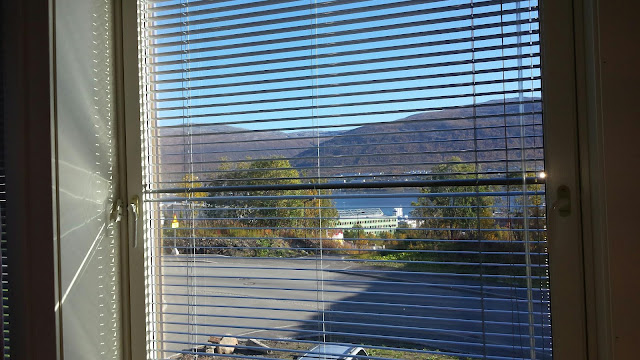 Posted by Trevor Rapson at 12:24 PM No comments:

I'm enjoying being back in a synthetic chemistry lab. Takes me back to my MSc in 2004 at Rhodes University. I was trying to make linear bi and tetrapyrroles and had quite a bit more hair then!

Now I work with cyclic tetrapyrroles. Thankfully there are other people to help with the synthesis because I'm pretty rusty 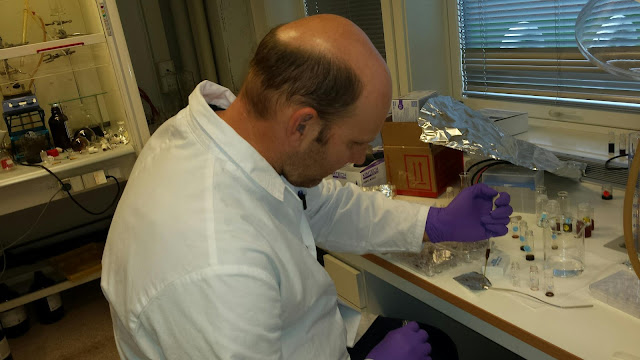 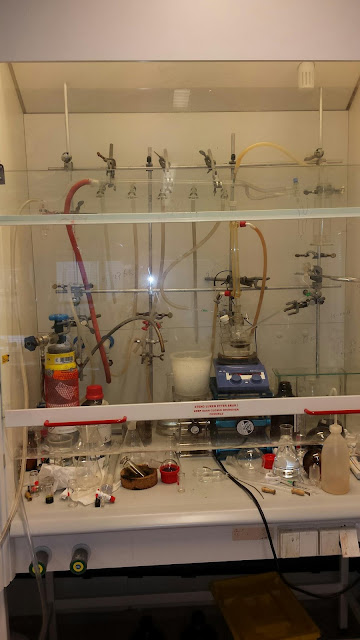 Posted by Trevor Rapson at 12:10 PM No comments:

Expanding the chemistry of honeybee silk 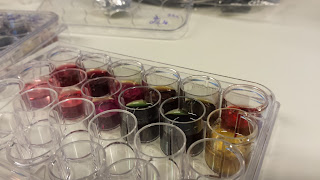 I'm in Tromso, Norway and having great fun testing a whole lot of different metal macrocycles in my silk proteins. Hopefully one of these will hold the key to our next generation nitric oxide sensor.
Posted by Trevor Rapson at 11:24 AM No comments:

One of the highlights of my Fellowship trip is the chance to learn more about Churchill.
While in London I had the opportunity to visit the Churchill War Rooms http://www.iwm.org.uk/visits/churchill-war-rooms 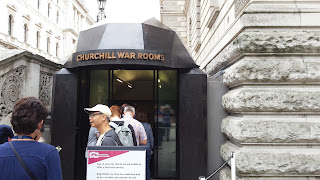 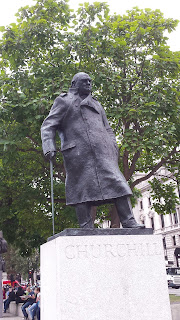 I would strongly recommend visiting this museum, it is like going through a time machine back to the Second World War, it really helped open my mind to what live was like during this period and the incredible pressure that was on Churchill which revealed his amazing leadership skills and noble character.


The second place I was able to visit was the Houses of Parliament. As you walk through the corridors it is amazing to think of all the important decisions that have been made here. 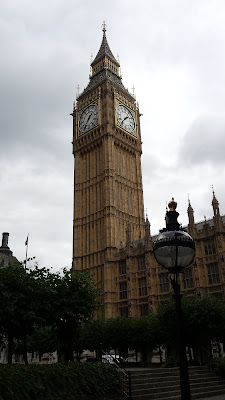 Posted by Trevor Rapson at 11:14 AM No comments: